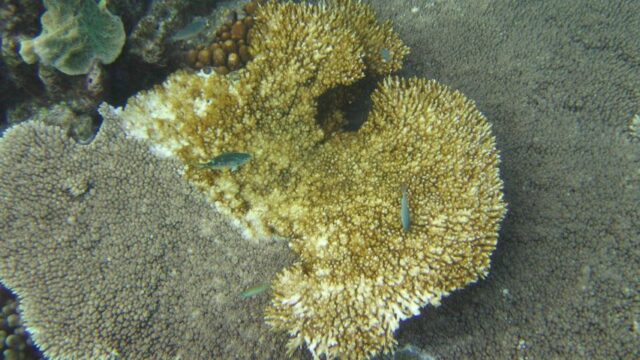 The Department of State understands the importance of conserving and sustaining marine species by preserving their habitat. The Department’s Office of Oceans and Polar Affairs develops practical policies that protect marine biodiversity. The office is a part of the Department of State’s Bureau of Oceans and International Environmental and Scientific Affairs. This office is responsible for formulating and implementing U.S. policy on international issues concerning the oceans, the Arctic, and Antarctica.

Healthy marine biodiversity and ecosystems are essential to the functioning of the earth’s surface and atmosphere and to human well-being. Ocean and coastal marine ecosystems provide a wide range of goods (such as seafood) and services (such as diving tours) that contribute to human health, welfare, and prosperity. Conservationists warn that coral reefs across Asia are in danger of dying. And they are declining faster than previously thought—damaged by climate change, disease, and coastal over-development. Many people depend upon healthy reefs for their livelihoods, and around 100 million people risk losing homes and employment unless drastic steps are taken to protect Southeast Asia’s biologically diverse coral reefs.