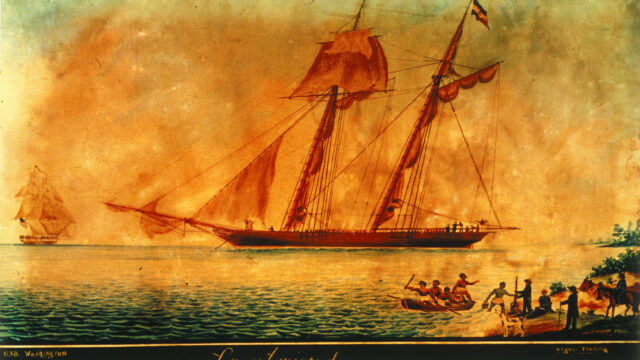 In this Diplomacy Classroom, NMAD Public Historian Dr. Alison Mann helped us discover how the practice of diplomacy was used to enforce the rule of law. In 1839, the U.S. Navy confiscated a Spanish ship, La Amistad, off the coast of Long Island, New York. Aboard were Africans and two Spaniards, who insisted the Africans were their slaves who had taken over the ship, and a treaty between the United States and Spain stated that all “property” be restored. American abolitionists, however, argued that the Africans were free people based on international law.

Learn about this event in history in our story “Mutiny on the Amistad” as part of our Diplomacy is Our Mission online exhibit.