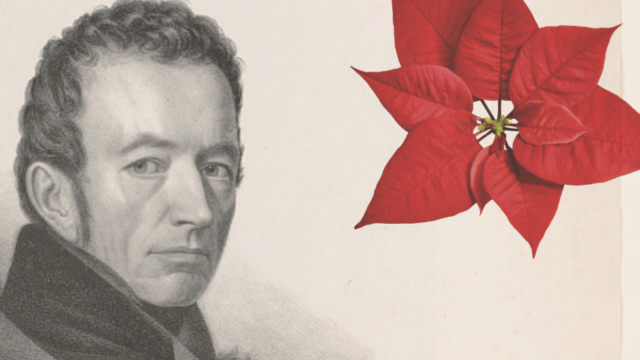 The Poinsettia flower is a staple Christmas decoration each holiday season. What many do not know is that the flower holds a hidden story of American diplomacy. It is named after U.S. Minister Joel Roberts Poinsett, the first diplomat to Mexico after the nation’s independence.

NMAD’s Public Historian Dr. Allison Mann joined Diplomacy Classroom to discuss the life and career of the U.S. Minister, highlighting Poinsett’s passion for travel and learning languages as well as his work in Mexico and South America more broadly. Allison also explains the challenges Poinsett faced during his long career, having to navigate many changing political contexts and different U.S. Administrations.

Learn more about the flower and diplomat through the timestamps

Watch our short video on the history of this diplomat who is the namesake of the Poinsettia plant.