Hall 2: The History of American Diplomacy

In Hall 2, visitors will see that diplomacy has been integral to the security, prosperity, development, and democratic institutions of the United States and its people since its founding. As they explore over 200 years of diplomatic history, visitors will see engaging objects and learn more about the work and contributions of our nation’s diplomats.

The Historic Lobby is a transitional space for visitors as they go from the bright and modern Pavilion to the historic and storied entrance to the building. Originally built in 1941 for the War Department, in 1947 it became the home of the Department of State. The lobby sets the scene as visitors prepare to enter Hall 2 and the Mezzanine on the north side of the lobby.

As the 18th century ended, American diplomats secured the future of this new nation through trade agreements and strategic alliances. See how diplomacy advanced America’s interests, before, during, and after the Barbary pirates hostage crisis in the Early Republic period

During the 1800s, the United States used diplomacy to expand its territories and global influence, becoming a world power by 1898. This growth and expansion often came at the expense of indigenous and enslaved peoples. Explore this period’s people, places, and stories.

America on the World Stage

After the United States entered World War II, global powers recognized the President as a world l leader in foreign relations. Discover how the United States emerged as a significant international player in the first half of the twentieth century.

After 1949, the United States and the Soviet Union competed—directly and through their allies—for political, ideological, and economic dominance. Explore how diplomacy was at the forefront behind the major moments and actors during this decades-long conflict.

During the 20th century, technological innovations advanced the pace of diplomacy. Diplomats used these advances and international travel to address challenges rapidly and face-to-face. Explore how diplomacy can happen anywhere – from a U.S.-China ping pong tournament to the Camp David Peace Accords. 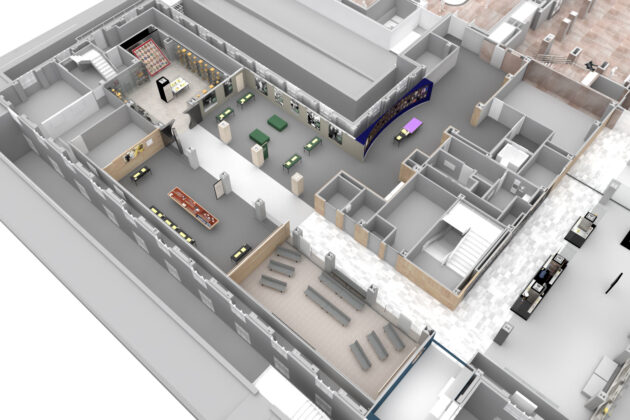 Hall 3: The Art of Diplomacy

In Hall 3, visitors experience first-hand what it takes to become a diplomat and practice diplomacy. Visitors will explore global issues through decision-based exhibits and theatrical presentations.
Read More