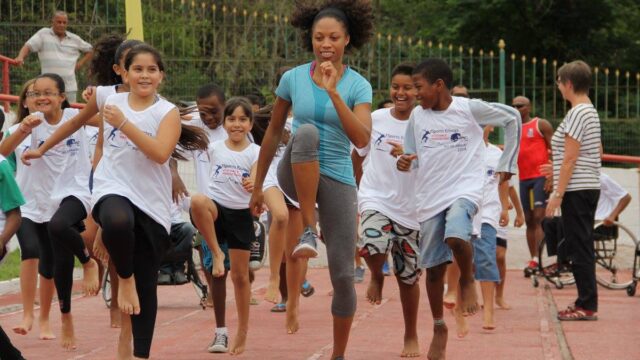 How do celebrities contribute to diplomacy?

Citizen diplomacy is important, but when it comes from high-profile celebrities, its impact is magnified many times. The Department of State recognizes this celebrity effect and uses it to raise the profile of international concerns and causes.

Through its Sports Diplomacy program, the Department of State builds on a universal interest in sports to bridge gaps between the U.S. and other countries by appointing sports celebrities to reach out to the world community.

But sports are just one aspect of the broad reach of U.S. Government cultural exchange programs. Through the American Music Abroad program, the State Department introduces American musicians of diverse styles – from classical to jazz to rock to hip hop — to a worldwide audience. The Department of State has invited American actors, artists, poets, and even its most famous chefs to bring a taste of the United States around the world. U.S. embassies host programs, performances, and workshops by such individuals to develop relationships, break down cultural barriers, and build an appreciation for America’s rich artistic heritage among a wide local audience.

However, celebrities who are not officially appointed by the State Department can still act as diplomats when their work advances U.S. interests. George Clooney’s work in helping to call attention to the crisis in Darfur, a U.S. policy priority, resulted in far more international support than could have been achieved through official channels. The U.S. embassy in Rome inspired Lady Gaga to advance her advocacy of LGBT rights by performing at EuroPride Rome in 2011. The efforts of these celebrity citizen diplomats, along with many others, complement and enhance the State Department’s goal of advancing freedom, democracy, and human rights.