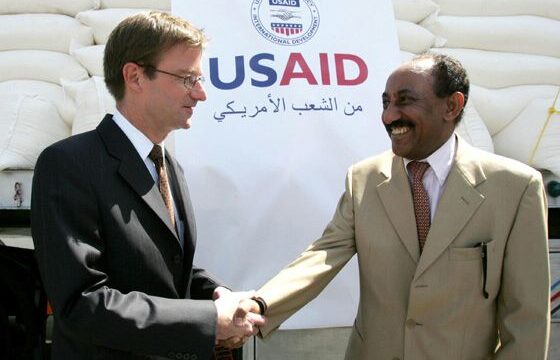 What are the tools of diplomacy?

If you were a diplomat representing the United States in bilateral or multilateral discussions on issues as diverse as cyberwars, use of oceans and outer space, climate change, refugees, trafficking in persons, and even peace treaties, what skills and tools would you bring to the table?

The two most important skills to get to ‘yes’ are a thorough understanding of the U.S. perspective on the issue and an appreciation of the culture and interests of the foreign diplomats sitting across the table. Trade negotiations offer both sides the opportunity for a win-win solution but more complex issues, which touch the interests of multiple parties or are particularly sensitive to one side or the other, can make an agreement (or a compromise) very difficult. When another institution, such as the U.S. Senate, has final approval, U.S. negotiators have little room to maneuver.

As an example, agricultural negotiations often reflect cultural as well as economic intricacies. Exporting U.S. rice to Japan and Korea, for example, is difficult because these countries have internal subsidies that protect their local industries thus making imports very expensive, if admissible at all. On multilateral issues, diplomats need to understand how their counterparts think and express their unique and differing beliefs, needs, fears, and intentions.

To be successful, diplomats must listen carefully to what their counterparts say and find points of agreement that may overcome those of disagreement. And they need to enter discussions with a clear goal and strategy of what can be exchanged to reach an agreement. In negotiating, diplomats often use rewards—such as the promise of new trade, an arms sale, or shipments of food—to encourage an agreement. When diplomatic interests collide, and a deadlock ensues, negotiators might threaten sanctions—such as restricting trade or travel, halting financial assistance, or an embargo—to persuade the other parties to accept an agreement.

The final result of negotiations is usually a formal written communique or agreement that spells out the actions and responsibilities of each side. The most well-known is, of course, the treaty, a formal, written agreement between sovereign states or between or among countries and international organizations. In the United States, treaties are negotiated through the executive branch, which includes the Department of State. Once the negotiators have accepted the terms of the treaty, the president sends the treaty to the U.S. Senate for its “advice and consent” on ratification or endorsement. If the Senate approves, the treaty is returned to the White House for the president’s signature. Many other countries have similar procedures for ratifying agreements, and it may be many years before a treaty might be signed and implemented. While the United States signed a Treaty of Peace with Japan in 1951 after World War II, it did not settle terms of peace with Germany until reunification in 1991, partly because Germany was divided at the end of the war.

Other forms of agreements include:

The subjects of treaties span the whole spectrum of international relations: peace, trade, independence, reparations, territorial boundaries, human rights, immigration, and many others. As times have changed and the world has grown smaller, the subject and scope of accords have broadened. The United States entered into a treaty with Tripoli in 1796 to protect American citizens from kidnapping and ransom by pirates in the Mediterranean Sea; in 2001, the United States agreed to an international treaty to combat cybercrime.