Protesters in Belgrade, Serbia, attacked and set fire to the U.S. embassy on February 21, 2008, in response to U.S. support for Kosovo's independence. A large rally of Serbs, vowing to retake the neighboring territory which is viewed as Serbia's religious and national heartland, preceded the attack on the embassy. This seal, which hung on the outside of the embassy, was damaged during the attack. 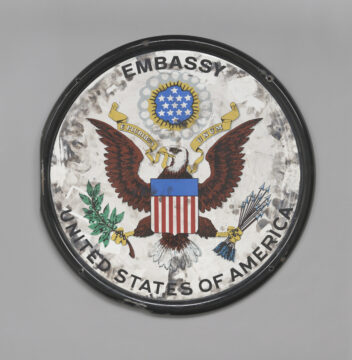