In April 1971, nine players from the U.S. Table Tennis team took a historic trip to China. Their trip was the start of what became known as “ping pong diplomacy” and helped lay the groundwork for establishing official diplomatic relations between the United States and the People’s Republic of China. This was issued in 1967 to Connie Sweeris, one of the nine players, and used for the China trip. U.S. Department of State consular officials, in advance of the team’s journey to China, made a simple but profound change to their passports. On the page warning travelers of penalties “for travel to or in Communist-controlled portions” of the listed countries, the officials simply took a black marker and carefully crossed-out “China.” 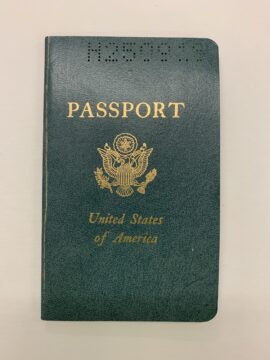 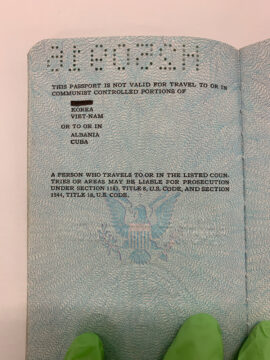 The inside page of Connie Sweeris's passport 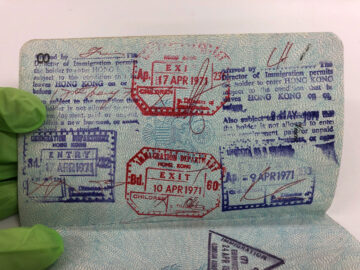