On August 7, 1998, the U.S. embassies in both Nairobi and Dar es Salaam, Tanzania were attacked in coordinated truck bombings. Suicide bombers parked trucks loaded with explosives outside each embassy and almost simultaneously detonated them. In Nairobi, approximately 212 people were killed and an estimated 4,000 wounded, while in Dar es Salaam the attack killed 11 and wounded 85. The force of the explosion in Nairobi blew this fragment of concrete into the vehicle of embassy employee Bonita Estes. The fragment flew through the back window, destroying the glass but sparing the rest of it any damage. 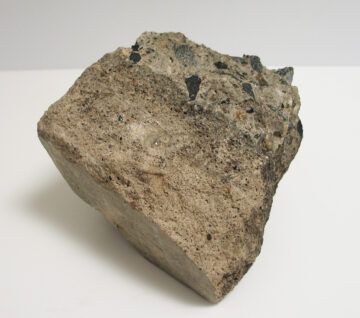