Cuban medical professional and human rights activist Óscar Elías Biscet wrote this letter to U.S. President Barack Obama in 2009 while serving a 25 year prison sentence for his public support of human rights in Cuba. It is written on a cloth handkerchief. Biscet was released in 2011 after appeals from the United Nations, foreign governments, and international human rights organizations. 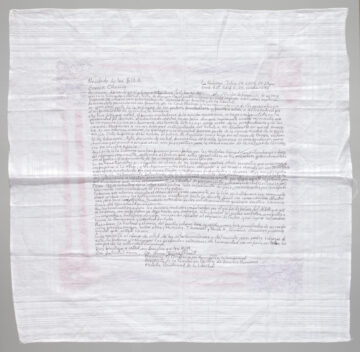