"Before the Iran hostage crisis began on November 9, 1979, American diplomats in Iran faced the ongoing challenges of serving during the Iranian revolution, which had been unfolding since early 1978. Michael Metrinko, who was the U.S. Consul in Tabriz, Iran faced a chaotic and violent situation in early 1979. Metrinko opted to remain at his post despite being given permission to depart, staying behind out of concern for the welfare of several Americans and other westerners held in prison in Tabriz. Metrinko helped them get to the safety of the U.S. consulate building compound after revolutionaries attacked the prison. The consulate did not remain a safe haven for long, and was violently stormed by revolutionaries. Metrinko and the group of former prisoners were taken hostage twice during the ensuing ordeal, and were at risk of being executed. Using his language skills and personal contacts in Iranian society, Metrinko ably extricated himself and the former prisoners from this dangerous and unpredictable situation. For his actions, Metrinko was awarded the U.S. Department of State’s Medal of Valor. Today, this award is known as the Award for Heroism." 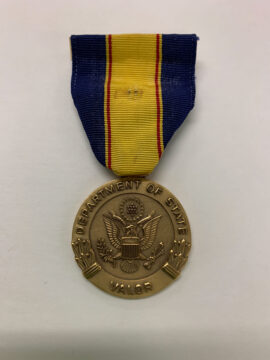 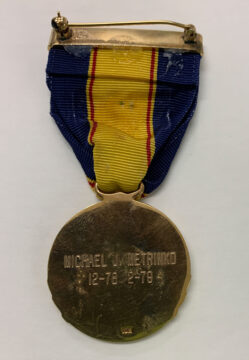