On July 24, 1959, the United States opened the American National Exhibition at Sokolniki Park in Moscow. The Soviets and Americans had agreed to host national exhibitions as a means of cultural exchange to increase mutual understanding. More than 2 million people attended and heard American guides describing technology such as washing machines, chrome-laden cars, and Polaroid cameras. This Polaroid souvenir was one of various keepsakes available to exhibition visitors. 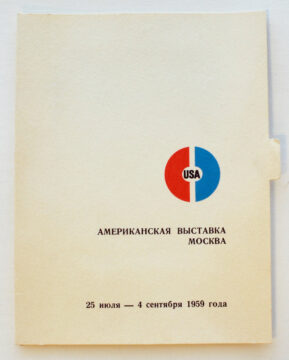