This baseball was signed by the Tampa Bay Rays players who participated in the March 22, 2016, exhibition game between the Rays and the Cuban National Team at Estadio Latinoame, Havana, Cuba. U.S. President Barack Obama and his family and Cuban President Raoul Castro attended the game. The game occurred during Obama’s historic visit to Cuba after the two countries re-established official diplomatic relations in 2015. 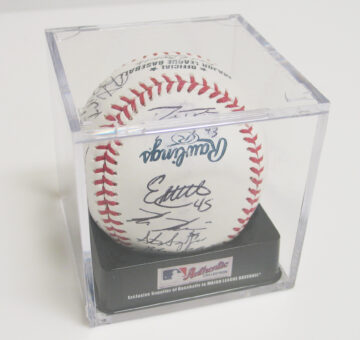