In April 1975, the South Vietnamese capital of Saigon fell to the North Vietnamese Army. American diplomats were on the frontlines, organizing what would be the most ambitious helicopter evacuation in history. In the city of Can Tho, Consul General Francis Terry McNamara was instructed to evacuate his 12 or so American staff by helicopter. However, he refused to leave his Vietnamese staff and their families behind, and decided to devise a plan to evacuate everyone by water using two boats he was able to procure. This risky plan, which State Department leadership did not like, was eventually approved thanks to McNamara’s strong insistence and the need for more helicopters in the capital of Saigon. McNamara loaded more than 300 people on his boats and successfully navigated them to safety, dodging gunfire along their route before getting picked up by an American merchant ship off the coast. This U.S. consular flag, which originally hung in McNamara’s office in the consulate, was flown on the boats during their journey. 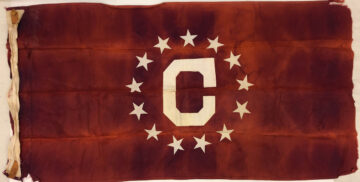 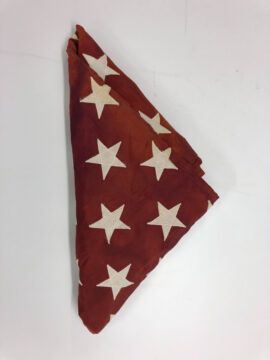