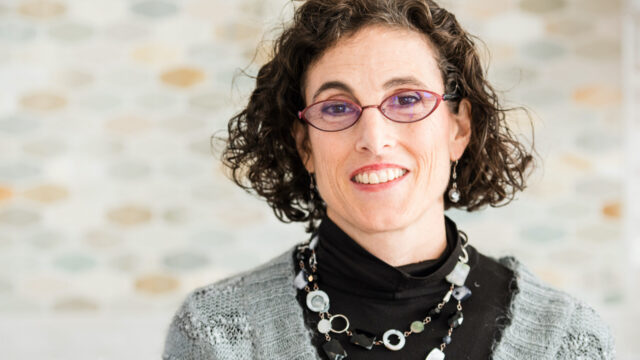 Pollution, composed of fine particulate matter, noxious gases, dust, and soot, creates environmental damage, impairs visibility, increases hospitalizations, and can even cause premature deaths. And yet, in many areas, real-time air quality data is unavailable.

With more than 75,000 employees in 190 countries around the world, air pollution impacts U.S. Department of State personnel and their families, as well as U.S. citizens abroad.

Following the success of a pilot project in Beijing, the State Department created DOSAir, a centralized program to provide international posts with the best resources, information, and technology available.

In 2001, shortly after Beijing was selected as host city for the 2008 Summer Olympic Games, international athletes and their coaches began to express concerns about the effect the city’s poor air quality might have on the health and performance of Olympic participants.

When athletes began to announce their intention not to attend the Games, Embassy Beijing staff started to wonder about the health and safety of Americans living in Beijing.

In 2008, Environment, Science, Technology, and Health (ESTH) officer Virginia Curran worked with the U.S. Environmental Protection Agency (EPA) to acquire and install an air quality monitor on the roof of Embassy Beijing. Through hourly sampling, the monitor provided real-time ozone and particle readings using the EPA’s rigorous “PM 2.5” standard which can measure fine particulate matter as small as 2.5 microns in diameter. At that time, the Chinese government was using a significantly less stringent “PM 10” standard that measured particulate matter 10 microns in diameter or larger.

Twice daily, staff published the air sampling data on the embassy’s Twitter feed, along with the EPA’s Air Quality Index and related health messaging. Although this information was originally intended for Americans in Beijing, Chinese citizens and other foreign residents in Beijing also began to take note.

With support from Ambassadors Jon Huntsman Jr. (2009-2011) and Gary Locke (2011-2014) Thomas and her team worked to install monitors at American consulates in three more cities in China–Guangzhou, Shanghai, and Chengdu. Thomas and her staff also developed a unified software system to provide consistent, transparent, and reliable data for all four monitors, based on the EPA’s PM 2.5 standard.

In March of 2012, the Chinese government announced that it would adopt the EPA’s more rigorous PM 2.5 standard by 2016.

The Lasting Impact of Erica Keen Thomas and DOSAir

In 2014, the Air Quality Monitoring Program secured endorsement from Secretary of State John Kerry, who agreed to centralize its operation at the State Department in Washington, D.C. and to establish a formal inter-agency partnership with the EPA.

From its initial launch at Embassy Beijing in 2008, the Air Quality Monitoring Program–now called DOSAir–has grown into a global venture as part of the Department’s Greening Diplomacy Initiative.

“I’ve never seen an initiative of the U.S. government have such an immediate, dramatic impact in a country.”

A key component for this growth is the DOSAir Air Quality Fellowship program which pairs U.S. air quality experts with international diplomatic posts, for up to 20 remote volunteer hours per month.

Today, the DOSAir Office serves an international audience, with standardized monitoring stations located at 65 U.S. embassy and consulate posts around the world. This program enhances the availability of air quality data and expertise around the world and ensures that U.S. citizens and government staff overseas have consistent and reliable data to make informed health decisions.

For her efforts to collect and publicly share data revealing dangerous air pollution levels in Chinese cities, increasing public awareness of the health risks of pollution, and influencing the Chinese government to confront the issue, Erica Keen Thomas was honored by the Partnership for Public Service as a 2013 Finalist for a Service to America Award.