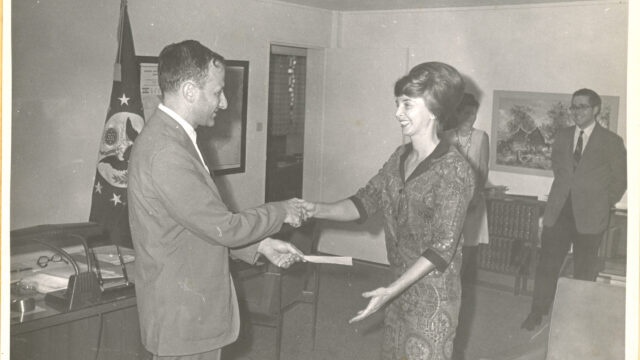 As the first female Diplomatic Security special agent, Patricia Anne (Patti) Morton was very aware of the legacy she would leave for women.

Originally from Washington State, Patti joined the State Department as a Foreign Service staff officer in 1965 and during nearly 30-year career served in Nepal, the Democratic Republic of Congo, Cameroon, Singapore, Vietnam, and Washington, D.C.

Patti became the first female special agent in 1972 and faced many challenges. One item that she donated to the NMAD collection symbolizes this time: the blue clutch purse in which she carried her .357 Magnum pistol while assigned to the Washington field office in the early 1970s. At the time, Diplomatic Security did not issue gear for women to hold their weapons. Patti found her own solution by using this clutch. During her years as a special agent she earned the nickname “Pistol Packin’ Patti.”

In the all-male world of special agents, she encountered difficulty being accepted. Patti would tell the story of how she spent months being passed over for duty assignments in the Washington field office since her first name stood out on the list of candidates as a woman. A sympathetic supervisor finally fixed this one day by listing available agents only by last name, resulting in Patti being picked for duty. 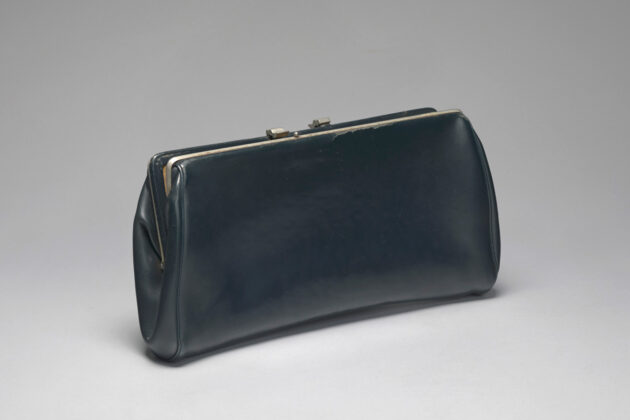 This clutch was used by Patricia Morton, recruited to be the first female Diplomatic Security Agent, to carry her .357 Magnum pistol while assigned to the Washington field office in the early 1970s. Gift of Patti Morton.
Patti Morton’s Clutch Purse

Patti also broke ground at U.S. Embassy Saigon as the first female Regional Security Officer. Her duties included supervising the Marine security guards who guarded the embassy. The Marines gave her a camouflage uniform (including a matching elastic hairband) to wear the first time they took her to the shooting range, wanting her to fit in. Though she admitted not knowing where she learned to shoot a gun, she became known for being an excellent shot.

While in Vietnam she wrote the post’s evacuation plan, which was significant as it was put to use during the fall of Saigon in April 1975 and the ultimate evacuation and closure of the embassy. Against her wishes she was ordered to evacuate Saigon a few weeks before the city fell, owing to a supervisor who felt the environment was no place for a woman. She had to leave without any of her household effects, which were never returned to her. 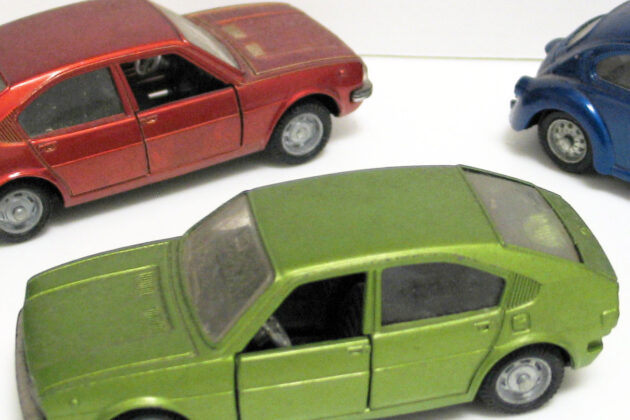 Diplomatic Security Agent Patti Morton utilized these toy cars as part of her duties to train employees at U.S. Embassy Saigon in the art of defensive driving. Gift of Patti Morton.
View the Toy Cars

Patti was an early supporter of the museum, donating her badge and special agent ID along with other items in 2004. Among her later donations was a set of toy cars that she used for a very serious purpose: training employees at U.S. Embassy Saigon in the art of defensive driving, demonstrating various scenarios which a diplomat might encounter on the road.

Patti was a consistent presence at NMAD programs and events, showing her unwavering support for the museum. NMAD staff is grateful for her important, trailblazing contributions to American diplomacy and to the museum. Whatever she encountered during her career, Patti shared with us that she would always adapt and make the best with what was available. She had her champions as well as her detractors – she knew that her work was always being watched and evaluated.

Reflecting upon being the first female Department of State Special Agent, Patti said:

Watch our discussion honoring Patti Morton as a Hero of U.S. Diplomacy