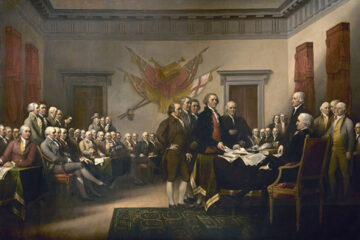 In October 1776, Benjamin Franklin sailed from Philadelphia to France on a diplomatic mission that would influence the fate of America’s quest for independence from Great Britain. At the same time, building strategic alliances with Native American nations was equally as important. Throughout the revolutionary era, diplomacy was essential.

Did you know that some of America’s Founding Fathers also served as our nation’s earliest diplomats? Their vast knowledge and cultural awareness proved essential in gaining the support of other nations.

Benjamin Franklin is one of those Founding Fathers. He is also recognized as our nation’s first official diplomat. Even before the United States declared independence from Great Britain, Franklin served as a colonial representative for Pennsylvania in the King’s court for 15 years. During that time, he honed his diplomatic skills and studied the power relationships in the British government. He later used this knowledge against them when he negotiated with Britain’s chief European rival: France.

Franklin’s reputation as a scientist and inventor made him well-known to his peers throughout Europe and an instant favorite in Paris. Franklin’s skillful negotiation and persuasion led to the French signing trade and military treaties with the United States of America. These treaties helped America defeat the British in the War for Independence and build its economy through trade after.

Another Founding Father, Thomas Jefferson, followed in Benjamin Franklin’s diplomatic footsteps. After the war, he went to Paris with Benjamin Franklin and John Adams to continue commercial negotiations with the French. He then became Minister Plenipotentiary in 1785, where he was enormously popular with the French public. His successes included a treaty with Prussia in 1785 and a Consular Convention with France in 1788. Jefferson left in 1789 to become the first Secretary of State at our nation’s first cabinet agency, the U.S. Department of State.

People gathered in America’s town squares to hear the Declaration of Independence read aloud, but did you ever consider that the Founders were also making the new nation’s first diplomatic statement? The first sentences of the Declaration explained that the Founders felt required “out of a…decent respect to the opinions of mankind” to speak to the world. It explained to the world why the former 13 North American British colonies sought to become a free and independent nation and “assume among the powers of the earth the separate and equal station.”

American leaders knew that international recognition of their independence was vital to the nation’s survival when the military odds were stacked against them. They rushed copies of the Declaration to Europe, where it was translated into many languages.

Negotiating with Native Americans during the Revolutionary Era

Did you know that the United States’ earliest treaty was with a Native American nation? On July 19, 1776, the Malisett and Mi’kmaq nations of New England and Canada signed a military treaty, the Treaty of Watertown, with the United States after listening to a translated reading of the Declaration of Independence. The treaty promised mutual aid and respect for each nation’s sovereignty and remains in force to this day.

Unlike the Treaty of Watertown, the 1778 Treaty of Fort Pitt between the United States and the Lenape nation quickly fell apart. The treaty of alliance allowed the American army to pass freely through Lenape land in the Ohio Valley. In return, the Americans promised protection and to trade goods.

Why did the 1778 French alliance endure and the Lenape alliance dissolve? Through poor communication and broken promises. Learn more about how the Treaty of Fort Pitt unfolded. 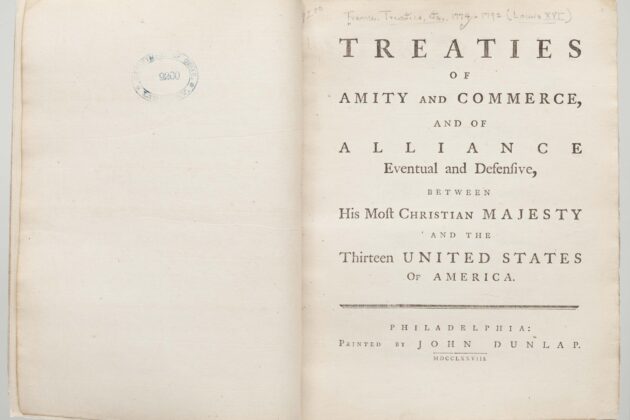 Printing of 1778 Treaties with France

The Treaty of Amity and Commerce and the Treaty of Alliance created military and commercial alliances with France. This copy was printed in 1778 by John Dunlap. The original documents are preserved in the National Archives.
Learn More

Sometimes symbols speak louder than words. That’s why the Founding Fathers created the Great Seal, which conveys meaningful symbols of its own.

Today, the Great Seal appears on treaties, passports, diplomatic commissions, the outside of embassies, and more. Since 1789, the Secretary of State has been the official custodian of the Great Seal.

Where have you seen the Great Seal? 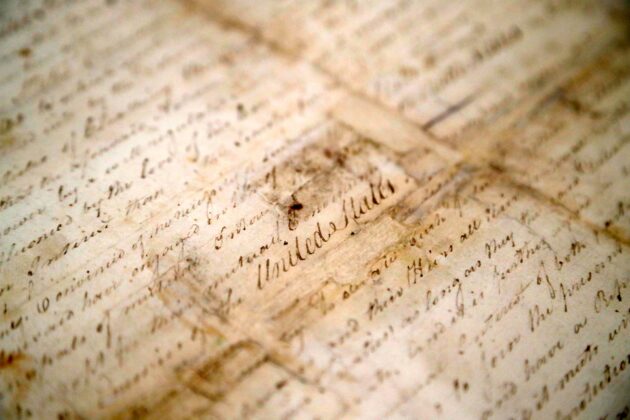 1778 Treaty of Fort Pitt: U.S. Treaty-Making with the Lenape Nation

During the Revolutionary War, one of the United States’ earliest treaties was with the Lenape (Delaware) nation aimed at building an alliance against the British:… 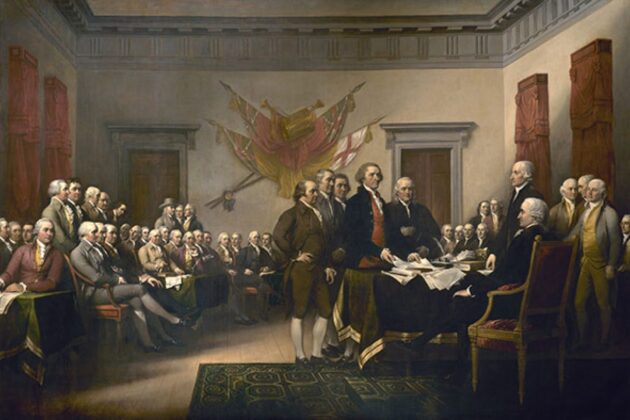 Diplomacy Classroom: The Declaration Heard ‘Round the World

To celebrate the 4th of July, NMAD welcomed the Museum of the American Revolution’s President and CEO, Dr. R. Scott Stevenson. With NMAD’s Public Historian Dr. Alison Mann, they discussed the United States Declaration of Independence and what it meant to the global community– including Native American nations– in 1776. 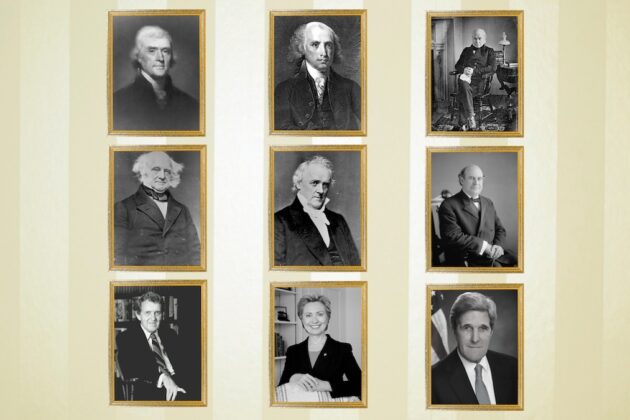 From Secretaries to Senators: The Historic Road to the Presidency

In the early years of the Republic, the Secretary of State cabinet position appeared to be a stepping stone to the presidency. This pattern began…