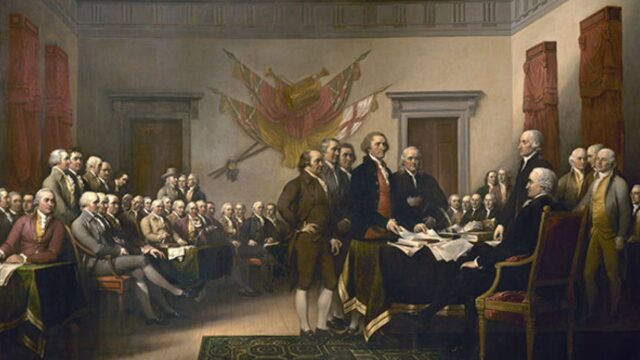 Diplomacy Classroom: The Declaration Heard ‘Round the World

To celebrate the 4th of July, NMAD welcomed the Museum of the American Revolution’s President and CEO, Dr. R. Scott Stevenson. With NMAD’s Public Historian Dr. Alison Mann, they discussed the United States Declaration of Independence and what it meant to the global community– including Native American nations– in 1776.

Get the highlights of the conversation through the timestamps below:

Watch The Declaration Heard ‘Round the World