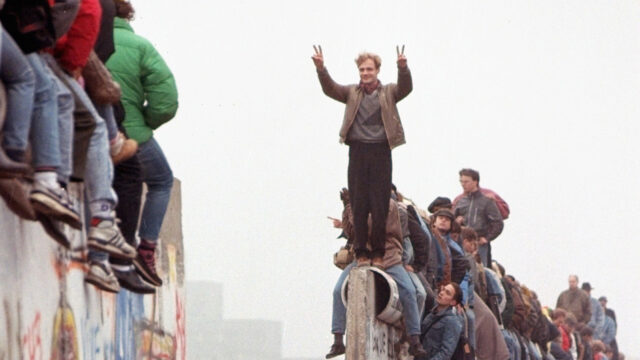 In honor of the 30th anniversary of German reunification, in this Diplomacy Classroom, we looked back at the Treaty on the Final Settlement with Respect to Germany, also known as the “Two Plus Four Agreement.”

We welcomed Vera Beutin, Director of the German Information Center at the Embassy of the Federal Republic of Germany to frame the conversation. She first helped us understand the history of Germany, and why it was split into two different states. She also highlighted the varied sentiments of Germans once West and East Germany were reunited.

Then NMAD Public Historian Dr. Alison Mann joined the discussion to tell the story of the American and German diplomats who negotiated the reunification treaty. This treaty, also known as the “Two Plus Four Agreement,” was signed in Moscow in 1990. The numbers in the equation represent the stakeholders in the negotiations, the two Germanys plus the four allied powers which occupied Germany at the end of WWII – the United States, the United Kingdom, France, and the Soviet Union.

Learn more about the agreement through the timestamps:

Watch the Discussion on the Anniversary of German Reunification