Avraham (“Rami”) Rabby was a disability rights advocate and a Foreign Service Officer who served from 1990 to 2017. He was completely blind, having lost his sight at age eight due to detached retinas. Rabby fought the Department of State for nearly a decade over his ability to join the U.S. Foreign Service. He finally succeeded in 1990, but the road to that victory was difficult. Along the way, he used his skills as a disability rights advocate to make his case. This braille globe belonged to Rabby and dates to his days as a student in the U.K. In a 2007 interview with the New York Times, underscoring the core argument he made during his fight, he stated “A blind person sees the world differently from a sighted person. Our impressions are no less valid." 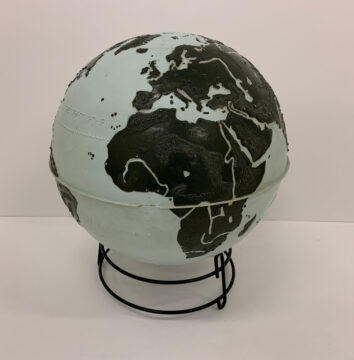