These wartime dog tags belonged to Foreign Service Officer Constance R. Harvey, one of the first women in the Foreign Service. Harvey was awarded the Medal of Freedom in 1947 for her meritorious service with the French Underground from 1941-1942. Her citation reads, in part: “Despite close surveillance by Gestapo agents and the French Vichy Militia, Miss Harvey continued her work … without which much valuable information would have been delayed and important missions would have been impossible.” In January 1945, near the end of the war, Ms. Harvey returned to Europe to the U.S. Consulate in Zurich, Switzerland. It is believed she received these dog tags during this time. She retired from the Foreign Service in 1964. 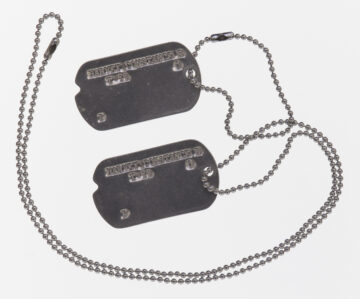 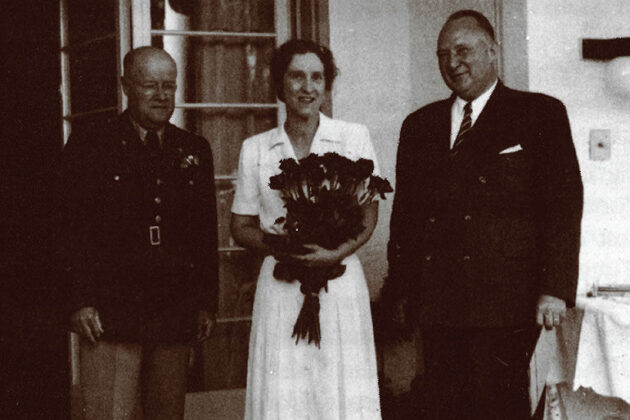 Constance Harvey, the Medal of Freedom, and the Bravery of a Diplomat in World War II