American diplomat Arthur Tienken used this handbook while serving in the Kreis Resident Officer Program in Germany after World War II. Resident Officers were U.S. representatives posted throughout Germany. They developed relations with the local populations and assisted in the transition from a post-war U.S.-occupied government to one under German control. Published by the British Ministry of Economic Warfare in July 1944, this handbook was a resource for soldiers and civilians posted in occupied Germany after WWII. 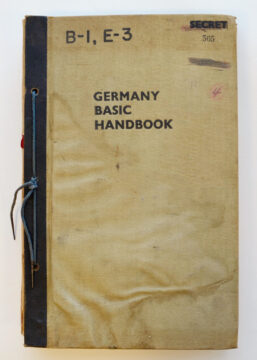