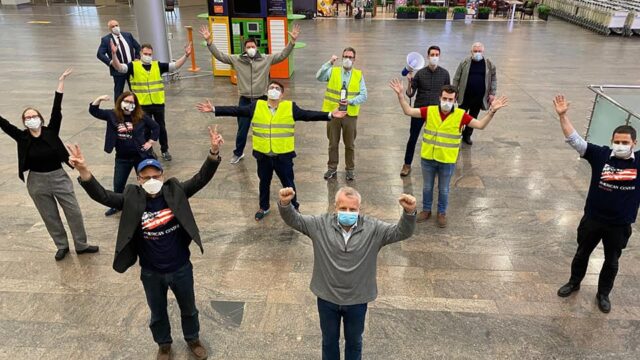 When European countries closed their borders to stop the spread of COVID-19, few airports remained open or maintained regular flights to the United States. Many Americans were able to get to these hubs and take commercial flights back home, but some pockets of Americans were trapped in landlocked countries that had already closed their borders. As Hugo Yon, Deputy Assistant Secretary for Transportation Affairs in the Bureau of Economic and Business Affairs, noted, “There were 100,000 people stranded in over 100 countries almost overnight. We saw very quickly that we were going to be overwhelmed.” State Department staff had to employ their diplomatic skills and training to find a new model to deploy commercial rescue flights to multiple destinations. They worked with local authorities to find bus routes to major airport hubs in other countries or negotiated for U.S. citizens to piggyback on flights previously arranged for other international citizens.