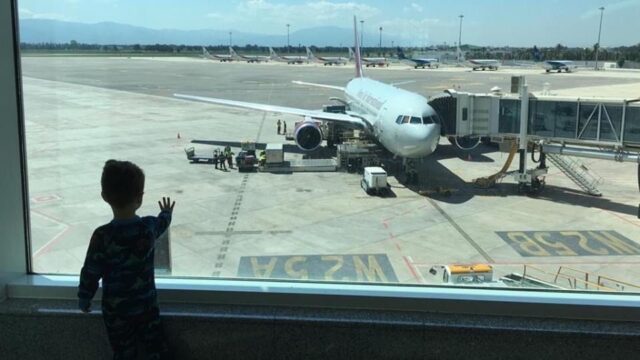 COVID-19 Repatriation: Bringing Americans Home from the Near East Region

On Sunday, March 14, 2020, the government of Morocco announced the total suspension of all international commercial flights in and out of the country.  Morocco was one of the first countries to undertake a full border closure, which stranded many Americans.

Over the next six weeks, U.S. diplomats and Moroccan staff at the U.S. Consulate in Casablanca responded by arranging 13 special repatriation flights for around 2,000 American citizens and Lawful Permanent Residents to return to the United States. Ryan Palsrok, Chief of the Consular Section arranging the flights, had to respond to several logistical challenges. Full border closures meant no U.S. carriers could fly to the country, nor would the government permit rest stops for arriving airline crews – not even the captain of a rescue plane landing in the country could deplane before flying back out again.  Given these obstacles, Palsrok and his colleagues arranged flights to London where American citizens could get connections home.

U.S. Consulate staff remained professional, dedicated, and caring as they faced both logistical and emotional challenges.  Palsrok recalled he could “name by heart” each of those 2,000 Americans and their particular needs, such as those facing urgent medical care, and others who had no means of transportation to the airport.  He and his colleagues cried “tears of exhaustion and pride,” for what they had accomplished when the first plane took off from Marrakech. However, as long as flights remain grounded, staff continues to provide services to Americans who remain. When travel ends, their work is just beginning.

Photos from COVID-19 Repatriation Efforts for the Near East Region