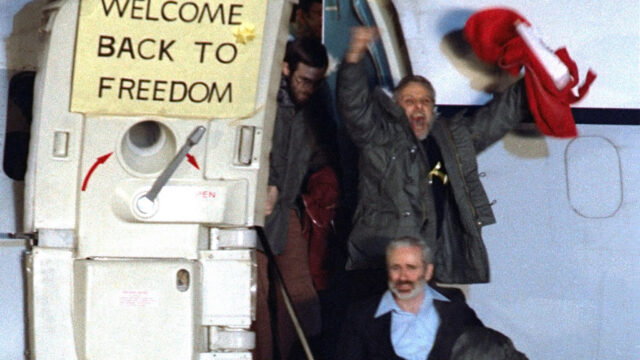 In commemoration of the 40th anniversary of the Iran Hostages’ release, Diplomacy Classroom welcomed NMAD Collections Manager Eric Duyck to share the story and significance behind some of the artifacts in our collection from the Iran Hostage Crisis.

The Iran Hostage Crisis began on November 4, 1979, when 52 Americans were detained by Iranian militants who stormed the U.S. Embassy in Tehran. They were released on January 20, 1981, for a total of 444 days in captivity. Upon their release, the hostages traveled from Iraq to Germany and then home to America via Ireland. Through a number of artifacts, Eric detailed this journey and the public reception of the hostages throughout, highlighting the symbol of the yellow ribbon and its significance.

Explore the highlights of the homecoming through the timestamps